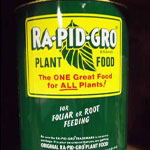 A special certificate, presented to Thomas P. Reilly in October 1959, pretty much says it all:

The American Horticulture Council through its Board of Directors
presents this citation to you,
Thomas P. Reilly
of Dansville, New York
for demonstrating in a practical way that plants could be fertilized through their leaves; for being the first to develop and market an effective plant food for foliar feeding; and for opening the way to a new cultural practice in horticulture.

Born in Dansville, Reilly was the son of nurseryman Patrick Reilly, who founded the Reilly & Sons Nursery in 1898 when his son was still just thirteen; they specialized in growing fruit trees.  One of young Tom’s daily chores the was hauling around of heavy bags of fertilizer, which led him to wonder: wasn’t there a better way to feed plants?  The search for an answer would dominate his life.

Even as he took over the family business in the 1900s, Reilly spent his spare time pursuing this goal.  His theory (which met with considerable skepticism in scientific circles) was that plants could take in nutrition through the leaves – the “foliar feeding” mentioned in his citation.  It took a quarter century, but in 1932, he announced success: a water soluble formula that provided plants with essential nutrients including nitrogen, phosphorous, and potassium.  It still took several years for Reilly to successfully market his invention, but in 1938 his “miracle plant food,” Ra-Pid-Gro, finally hit the shelves in Woolworth stores, packaged in ten-cent packets.  They were filled and sealed by Reilly and a handful of employees including his future wife Frances.  (Ra-Pid-Gro made its Dansville debut in 1939 at the George E. Kern hardware store.)  Sales remained modest until after World War II.

Despite its seeming effectiveness, experts remained skeptical, regarding Ra-Pid-Gro as the Horticulture equivalent of snake-oil tonic. Vindication for Reilly finally came in 1954 when government experiments using radioactive isotopes finally proved conclusively that foliar feeding was for real. Since then, of coarse the plant food industry has become a multi million dollar business – and it all began with Ra-Pid-Gro. (In 1980, the company was bought by Chevron, Which would eventually retire the Ra-Pid-Gro brand name in favor of one of its own trademarks, Ortho.) Reilly died in 1965; in 1982, the Thomas P. Reilly Medical Arts Building, part of the Noyes Memorial Hospital facility, opened, in large part funded by a million-dollar contribution by his wife Frances. 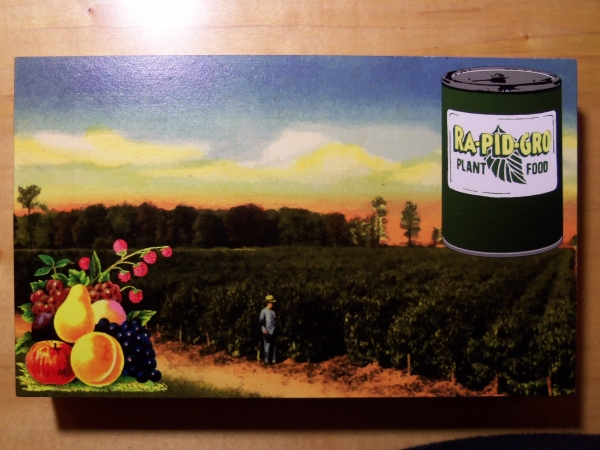