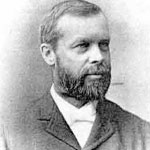 James Hathaway Jackson, the subject of this sketch, has been for forty-four years a citizen of Dansville, and intimately connected with the Jackson Sanatorium, in its foundation, growth and development. His great great great grandfather was Lieutenant John Jackson, an inn keeper of Cambridge, Mass., who inherited the Brattle street lands of his uncle Richard Jackson, and who was active in Cambridge affairs from 1660 to 1690, and a member of Major Appleton’s company in the Narragansett war. His great great grandfather was Deacon John Jackson, born in Weston, Mass.; and who was one of the first settlers of Tyrringham, Mass. His great grandfather was Col. Giles Jackson of Monterey, Mass., who was major of the first Berkshire regiment of of the Massachusetts militia, and served in the Revolutionary war, being a member of the staff of General Horatio Gates at the Battle of Saratoga, and had the honor of engrossing the terms of capitulation which General Burgoyne signed upon his surrender to General Gates. His grandfather was James Jackson, physician, surgeon and farmer of Manlius, Onondaga County, New York. He was post surgeon at Sackett Harbor in the war of 1812. His father was Dr. James Caleb Jackson, a sketch of whom will be found in this history. On his mother’s side he was a descendant of Elder William Brewster and Gov. William Bradford of the Pilgrim Fathers, his mother being the daughter of Judge Elias Brewster of Mexico, N. Y.

Born and reared until the age of seven years in the town of Peterboro, Madison county, N. Y., he then with his father went to Glen Haven, Cayuga county, where he lived until 1858, being 17 years of age the fall he came to Dansville. He attended school in the old brick schoolhouse under Prof. Seager, and afterwards finished his education at the Dansville seminary under the same teacher. He graduated from Eastman’s Commercial college in the spring of 1861, and became the cashier and bookkeeper of is father’s institution in the month of May of that year, and the next year became superintendent and general business manager, which office he held without interruption or any interregnum until 1883, when for three years the management passed into the hands of William E. Leffingwell, under the new organization of the Sanatorium. In 1864 he married Katherine Johnson, daughter of Hon. Emerson Johnson of Sturbridge, Mass., who afterwards came to live with his son-in-law. On the death of his brother Giles E. Jackson he became a partner in 1864 in the institution, who business he continued to manage. In 1873 he began his medical studies, graduating in the spring of 1876 from the Bellevue Hospital Medical college of New York City, and at once entered upon a professional career as his father’s first assistant on the medical staff of the institution. His father’s declining health gave him a leading position on the staff from 1882 onward. In the year 1888 he bought out his partners, the brothers Leffingwell, and became sole owner of the great institution. He, however, at once associated with himself in the ownership and management of the institution Dr. Walter E. Gregory and his wife, Mrs. Helen Davis Gregory. On May 4, 1868, James Arthur Jackson was born, the only son of Dr. James H. and Katherine Jackson, who early became associated with his father in the business of the institution, and was admitted to ownership and to the directorate of it in 1900.