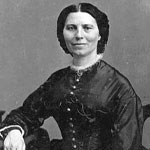 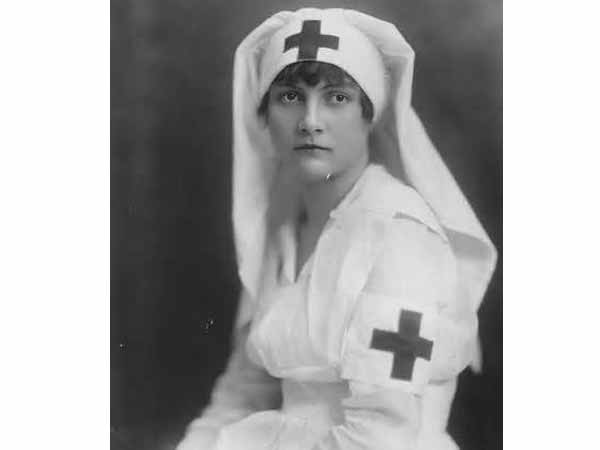 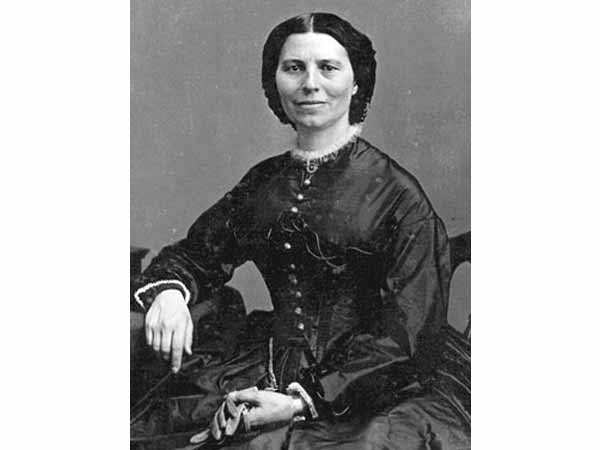 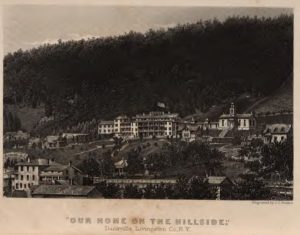 Her association with Dansville began in 1866, when she was forty-four years old. Following the Civil War, she embarked on a series of speaking tours, in which she related her experiences in the battlefield relief work; Dansville was but one of 200 or so stops she would make over three years. Nevertheless, the acquaintances she made during that first visit…including the physicians at Our Home On The Hillside, Dr. James Caleb Jackson and Dr. Harriet Austin…would play a major role in her life ten years down the road.

By 1876, she had, through personal experience in Europe, come to learn of the recently founded humanitarian organization, the Red Cross, and was determined that the United States should have its own version of the group. However, years of non-stop exertion had brought her health and constitution to the brink of collapse, rendering her a virtual invalid. Consequently, she returned to Dansville to become a patient at Our Home, which would result in a ten-year residency in Dansville, most of which was spent in the home on Perine Street, which had once been the residence of Capt. William Perine himself

With her health restored, Barton was able to pursue in earnest the formation of what was originally called the “American Association of the Red Cross.”  the formal organization occurred in Washington, D. C. on May 21, 1881.  Three months later, on August 22nd, in Dansville’s Lutheran Church, the nation’s first local chapter of the American Red Cross was organized.  Among the charter members were several members of the Jackson family, Dr. Austin, and Frederick and Emma Hartman Noyes (whose Elizabeth Street home would later become the headquarters of Chapter No. 1).  Just a few weeks later they would be hard at work on their first relief missions, sending supplies to victims of a devastating Michigan forest fire. 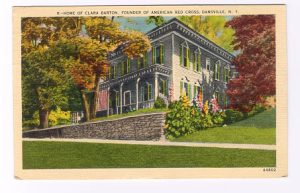 Clara Barton would continue to call Dansville her home for another five years; but with her Red Cross work taking her away from Dansville for increasingly longer periods, she reluctantly decided to bid adieu to the village that restored her health and vigor.  Her increasingly busy workload made a Dansville residency too impractical for her and established a permanent residence in Washington, D.C.  Regretful Dansvillians held a farewell reception at the Presbyterian Church on February 24. “Your pretty town has given me back my strength”, she told the villagers. Then on March 15 she boarded an eastbound Lackawanna train, which afforded her a last scenic view of the town in the valley she would never see again.   Her final years were spent in her Glen Echo residence in Maryland (hence her inclusion in that states Hall of Fame).